Wedding Celebrant Stastics 2019 Civil, Roman Catholic, Spiritual and Humanist and all other 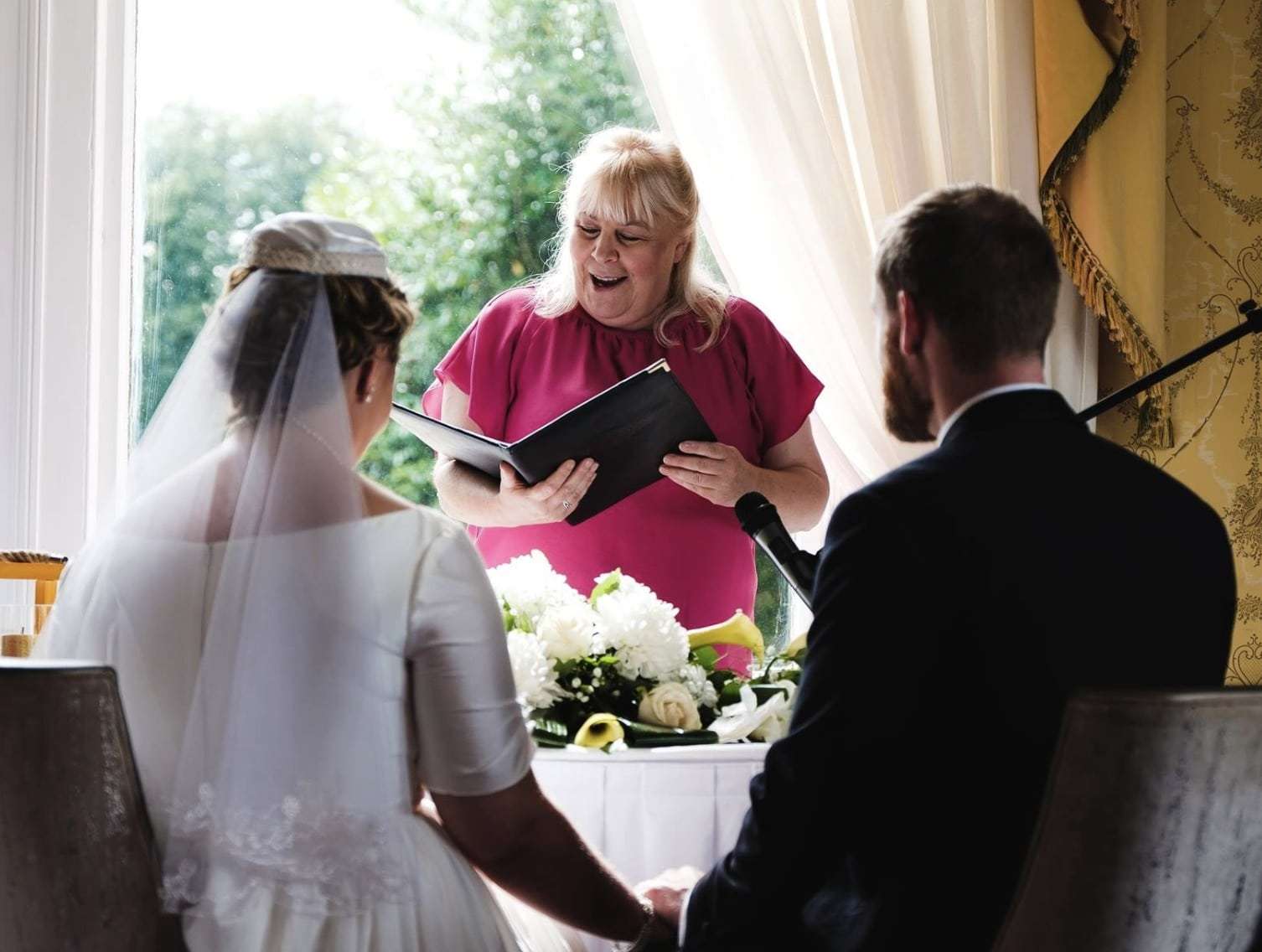 Let’s explore the details behind the 20,313 weddings that took place here in Ireland in 2019. Statistician Carol Anne Hennessy informs us that this equates to a crude marriage rate of 4.1 per 1000 (number of marriages registered during the calendar year per 1000 estimated population within a set area). 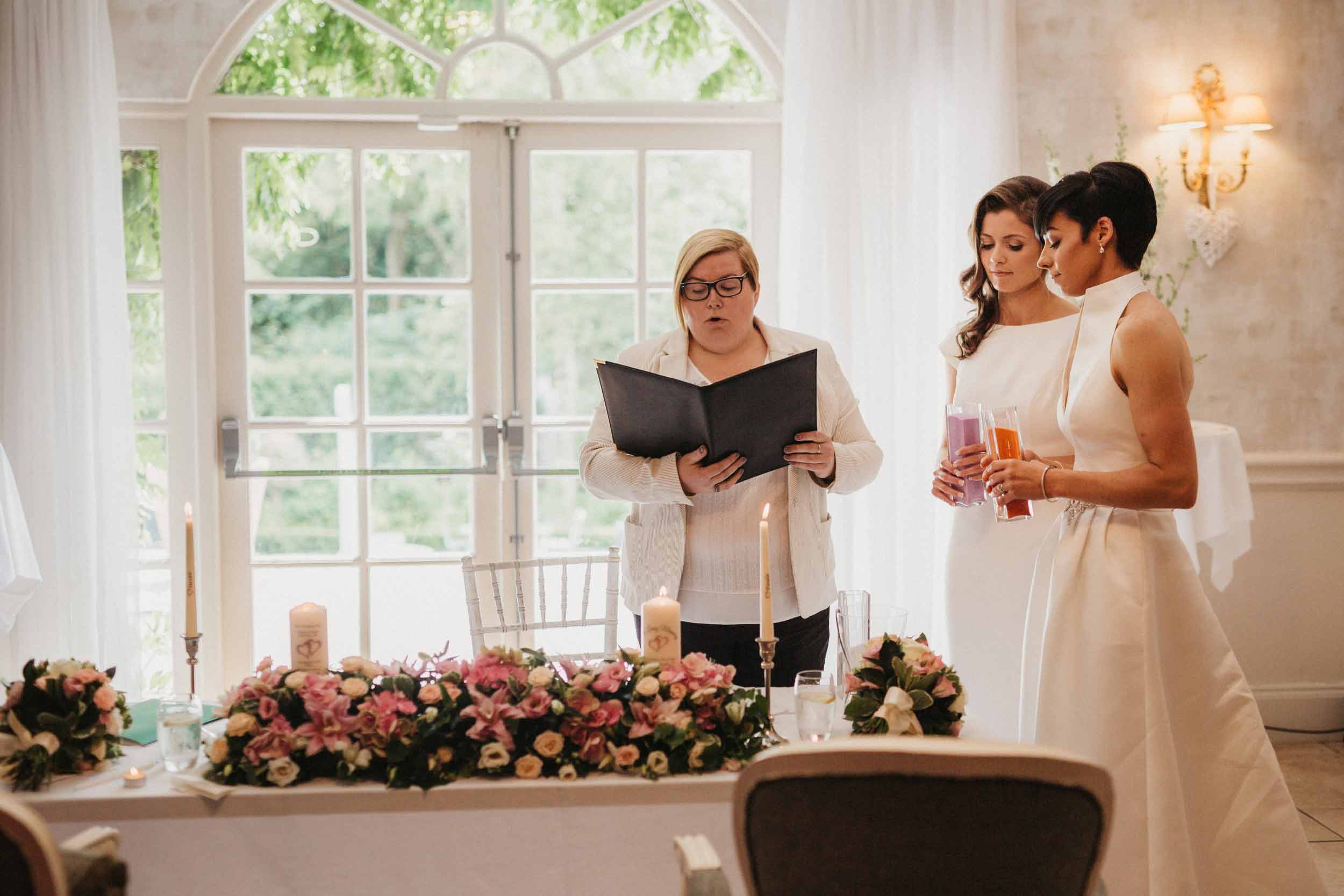 Of the 20,313 weddings in 2019 there were 640 were same sex marriages, and 19,673 opposite sex marriages in Ireland all chosing different wedding celebrants and humanist solemniser. 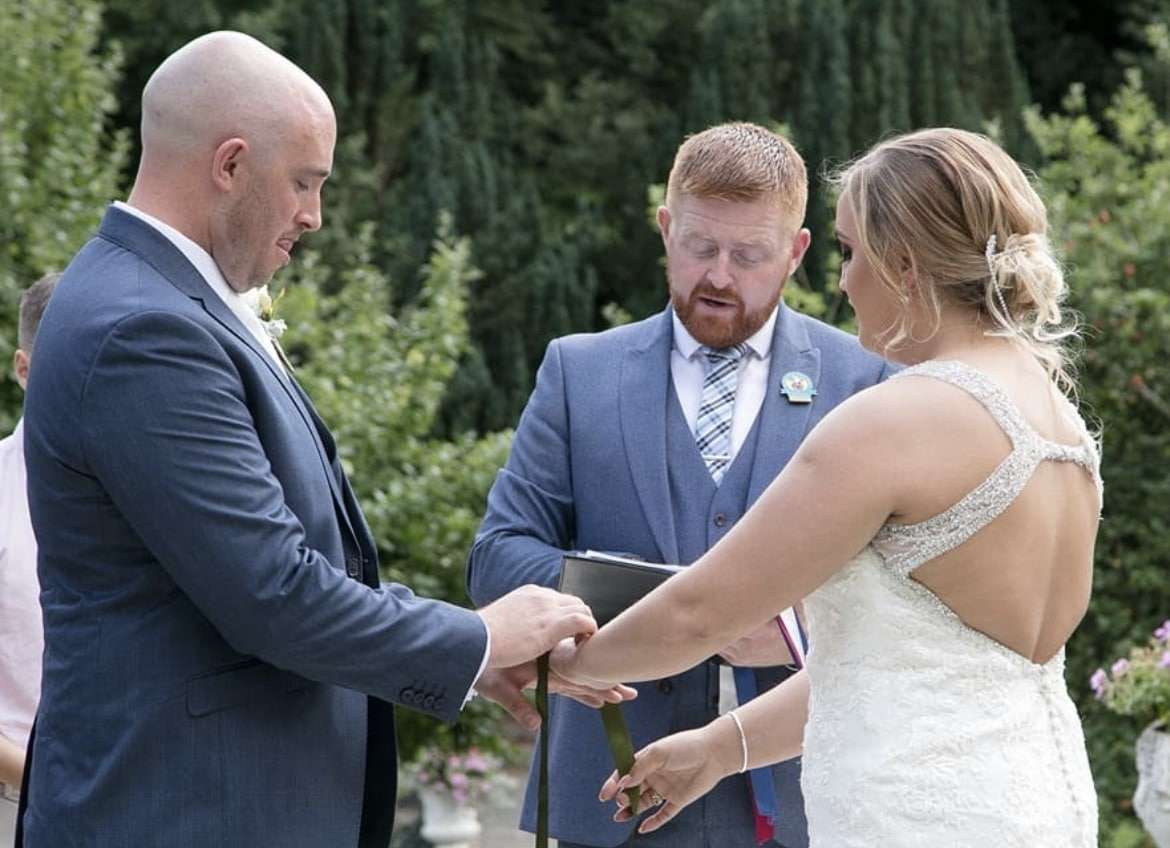 There are so many ways to get betrothed nowadays and so many wedding celebrants and solemnisers to chose from, but it seems that a traditional Roman Catholic ceremony is still a popular choice. Of all opposite sex couples less than half (43.6% – 8,8639 couples) opted for a Roman Catholic ceremony. The next most popular for opposite sex couples proved to be civil ceremonies (with 31.6% – just over a quarter, opting for this) then Humanist solemniser followed by Spiritual Solemniser.. 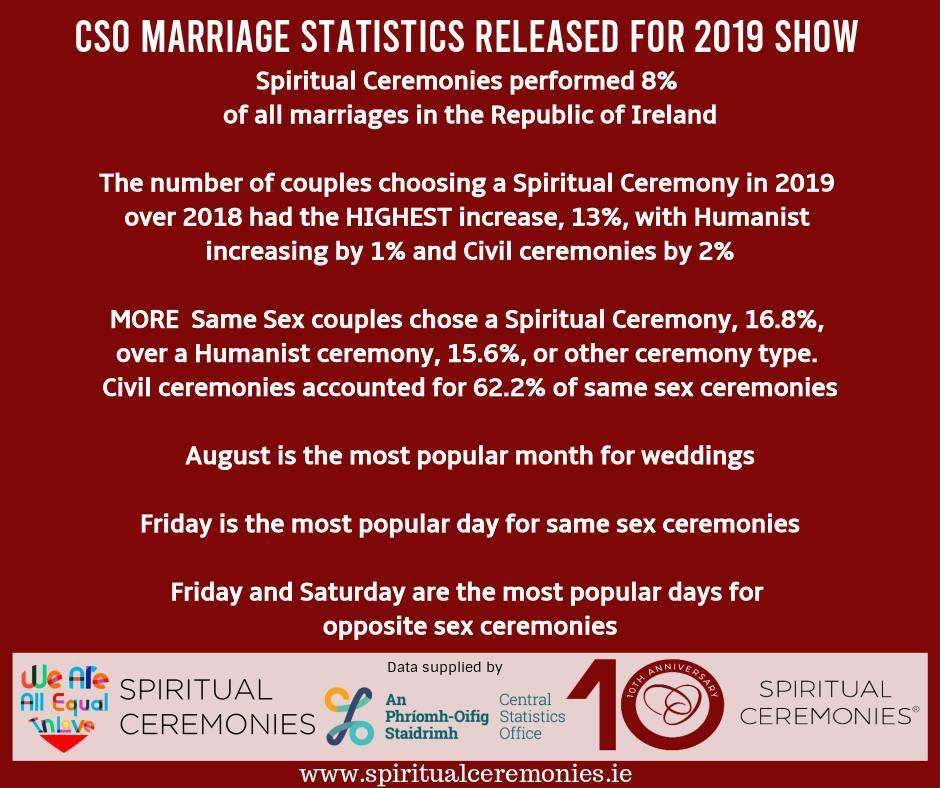 We understand this is all new to you and it can be a bit overwhelming trying to navigate this process for the first time, but don’t worry, we’re here to help!
Enquire now
Like most websites https://spiritualceremonies.ie uses cookies. In order to deliver a personalised, responsive service and to improve the site, we remember and store information about how you use it. Read more
Accept
Cookies Settings
Cookie Box Settings
Cookie Box Settings

Decide which cookies you want to allow. You can change these settings at any time. However, this can result in some functions no longer being available. For information on deleting the cookies, please consult your browser’s help function. Learn more about the cookies we use.

With the slider, you can enable or disable different types of cookies: