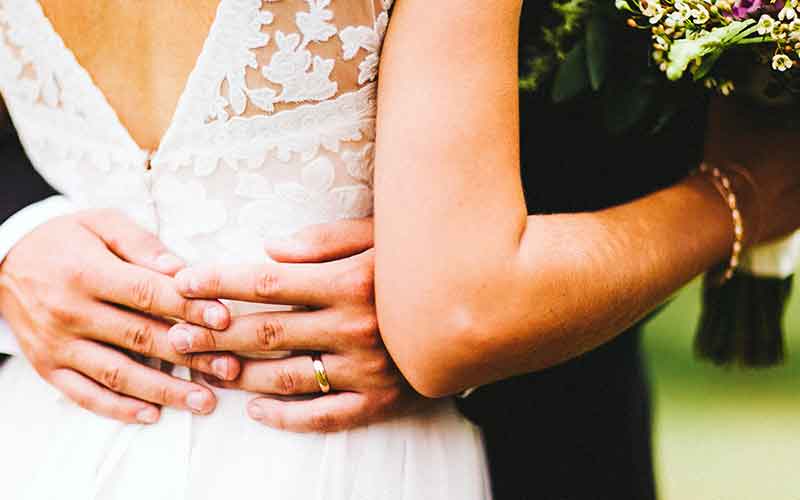 The difference between a spiritual celebrant and humanist solemniser in Ireland

As Ireland’s socio-economic landscape changes the effects are witnessed across the shifting social and cultural norms which define us as a nation.

Those changes heralded the same-sex referendum in 2015 and more recently the Amendments to Article 8 of the constitution. In addition to and in many ways preceding the changes above, Ireland is witnessing a growing trend toward the Solemnisation of marriage beyond the parameters of mainstream Churches.

Spiritual Ceremonies itself witnessed growth in performance of ceremonies this year, with a 26percent rise in its favour over and above the mainstream dominant Catholic Church, a fact we are extremely proud of due to our inclusivity.

Coupled with this growth, secular marriages have also risen steadily and one can only agree that these are positive trends ensuring couples have now more choice than ever when it comes to their special day.

So, if a couple decides to forgo tradition and opt for a wedding ceremony in their venue of choice as opposed to the Church, how do they decide which option to choose? Civil, Humanist solemniser or Spiritual Celebrant and what is the difference?

What is a civil wedding ceremony?

Primarily Civil ceremonies are the ONLY ceremonies carried out by HSE Registrars as in those who actively are employed by the HSE for the solemnisation of marriage.

Civil ceremonies by their nature take place Monday to Friday and are performed in a manner to separate and draw a clear line of distinction between the role of Church and State.

They fulfil the requirements of the State to legally perform the solemnisation of marriage for couples however Civil ceremonies must exclude any reference to a deity or any religious connotations whatsoever.

This exclusion extends to musical choices (no songs, hymns or prayers nor references to Angel’s or an afterlife) no religious iconography (no statues, no crucifixes present or religious pictures) these items must be completely obscured before the ceremony can commence.

Civil ceremonies cannot be performed on Bank holidays, Saturday or Sunday. The most criticism levelled against them tends to be their impersonal nature alongside the swiftness of their execution.

Yet this is not always the case as many Civil Registrars are known to be very accommodating when guiding couples to construct their Ceremony content however somehow the myth of a five-minute Civil ceremony prevails and sometimes it’s justified.

The HSE Civil ceremony is the most cost-effective but is restricted by its content, its location and also by the day of the week. Humanist solemnisers in Ireland are in many ways akin to Civil ceremonies in that they prohibit the inclusion of any religious connotation or iconography in their content however their license is Secular and not Civil.

Humanism is defined loosely as “a non-belief system.”

What is a humanist wedding ceremony?

Humanist beliefs, therefore, are based on scientific principles proven by result or fact, they adhere to evolutionary principles over and above belief in any theistic, deities or supernatural force.

Humanist wedding ceremonies whilst more expensive than the HSE will vary in costs as they are booked individually, depending upon the Humanist.

Unlike Civil ceremonies, Humanist ceremonies can take place on bank holidays and Saturday and Sunday but they can also occur on any other day of the week.

Humanist ceremonies do not permit, on the basis of their non-belief, the inclusion of references to an afterlife. On this basis there’s no reference to Angels/ God or prayers within their content, either in music or reading choices.

In addition, Humanist celebrants or solemnisers tend toward opening the couple’s ceremony by declaring that it is a Humanist ceremony and then outline for those in attendance what humanism is and what they stand for so to speak.

This occurs before any oration commences on the occasion at hand ie. the wedding ceremony.

So Humanist Ceremonies whilst not restricted by venue or day of the week they can be restricted by their content and in some cases by their cost depending upon the humanist solemniser you chose.

What is the difference between a Spiritual Wedding Ceremony and a Humanist Ceremony?

Spiritual Ceremonies interestingly enough had attained its license to perform ceremonies preceding the Humanist Association of Ireland and despite public opinion Spiritual Ceremonies and the Spiritualist Union of Ireland has no grievances with the Humanist Association or any other organisation permitted to performing ceremonies, in fact, it’s a common occurrence for us to be approached after a ceremony and be congratulated on Our Humanist Ceremony.

We then enlighten the individuals to their error and explain the difference. A Spiritual Ceremony like a Humanist Ceremony can be performed Seven days a week, in the venue of choice, indoors or outdoors for couples but in adherence to the civil registration Act.

Unlike a Humanist Ceremony, Spiritual Ceremonies are not restricted and can incorporate references, either in music or content to prayers, deities or Angels.

In this respect Hymns, prayers or references to loved ones in Spirit can be respectfully incorporated into the content, in the construction of the Ceremony. This is of course only if the couple seeks it.

In addition, couples can have their ceremony tailored to honour and respect the beliefs of both parties for example if one party has no belief and the other does, a Spiritual Ceremony will accommodate both.

Furthermore, if both parties have no belief the ceremony is created to reflect that also.

Spiritual Ceremonies Celebrants do not begin any wedding ceremony with any reference regarding our beliefs unlike the Humanist solemniser association, unless the couple request that we do so.

Spiritual Ceremonies, therefore, are not restricted by cost, location (in accordance with the civil registration act) or cost because of the central administration which sets costs for all celebrants avoiding confusion or exorbitant costs when deciding on a Celebrant or solemniser.

In summary Civil, Humanist or Spiritual there are plenty of options to choose from just consider what you are prepared to forgo in terms of cost, location, and content and decide from there.